«This victory is something incredible for me, - Anselmet Thibault comments - since I had never finished so high in a World Cup race. Today everything was perfect, right from the first qualifying heat. Race after race I felt better and better and I faced the final with the specific intention of winning, accelerating more and more ".
«With this third place in the sprint race, which is not my specialty, the season has started very well, as happened last year. - says Robert Antonioli - Managing a competition divided into four rounds is not easy at all, because you have to manage your energies and you have to feed yourself adequately if you want to go all the way. Even if none of us won, I think seeing four Italians in the final is a good sign for our movement and for the blue group, which has high-level spare parts ready. Thanks go to the organizers of these events, because it is not easy to take charge of them in this period, we hope that the next ones will also go through».
«I'm really happy for this success - confesses Marianne Fatton - because, even if I was aware of having a good chance of success, anything can happen in sprint races. The fight was very tight until the end, only when we started to go down did I realize that I could have won the victory». 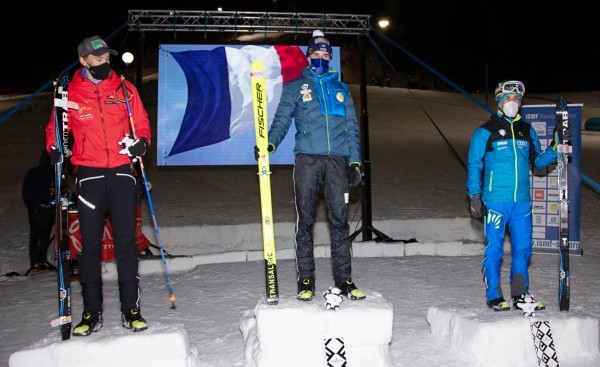 Fifth in the overall ranking and first among the under-20s, Giulia Murada, comments on her performance as follows: "I didn't expect absolutely anything from this race, since I resumed training only a week ago after two at home with Covid-19. Until a few days ago I wasn't even sure I could come here to Ponte di Legno. I started without sparing myself from the first battery, because I didn't know who I should have dealt with, and maybe this is also why I lacked a bit of energy in the final, but that's okay. We hope to be able to face other races after this one, for now we live for the day». 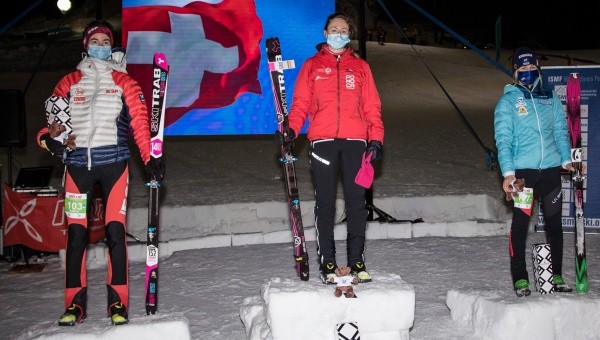 «It is a success that I did not expect, we had worked very well before coming here, but I did not imagine being able to even get on the top step of the podium. - says the Spaniard Martinez Ot Ferrer, who excelled in the under-20 ranking - As for the final, I arrived in front of the end of the first rumble, then I lost some time at the first skin change, but at the second I managed to bring me back to command, starting the descent in front of everyone».
«This is a second place that satisfies me a lot, - says Rocco Baldini, who finished behind Martinez - also because at the beginning of the season it is always hard to break the ice. I made a few mistakes and the level of the opponents was very high, as it must be in the World Cup, but when Martinez ran away in the piece on foot I realized that I could not keep his pace. Well so, anyway».
«I came here hoping to grab at least one place on the podium, - explains Caroline Ulrich, winner of the under-20s - but the success is an unexpected result, a nice surprise. A success that I conquered thanks to the part in which we run on foot, at the end of which I managed to reach the top in front of all the opponents and then I managed the advantage on the descent».
«As this is the first race of the season, the result is more than satisfactory, - concludes Lisa Moreschini, second among the under-20s - I go out with the knowledge that I can have a good season. In addition to the second place in the final classification, I am particularly satisfied with the best time set in the qualifications, as in the race until the end of the piece on foot I was very close to Caroline, then at the next change I lost some time and I am no longer managed to get it back».