Italy wins the vertical race that closed the two-days skialp World Cup in the Pontedilegno - Tonale area. And the surprise effect has crowned this world premiere in the world circuit. The podium of the men's challenge is in fact all Italian, the 26-year-old from Molveno Federico Nicolini surprised everyone by reaching the finish line at Corno d'Aola, winning his first victory in the World Cup and preceding Robert Antonioli and Davide Magnini from Vermiglio. 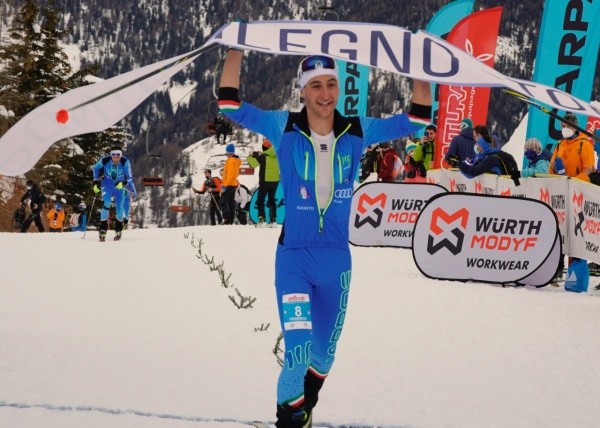 In the women's category, the French Axelle Gachet Mollaret has won. Then in the two categories under 23, whose rankings were extrapolated from the absolute, there came two other successes made in Italy, thanks to the Valtellinese from Albosaggia Giulia Murada, with the splendid Giorgia Felicetti from Fassa second, and thanks to Andrea Prandi from Bormio. As for the two under 20 challenges, two unexpected victories came by the German Antonia Niedermeier and the Austrian Paul Verbnjak, but two other podiums for the Italians with the silver Valtellinese Samantha Bertolina and the thirty of Pejo Lisa Moreschini bronze. 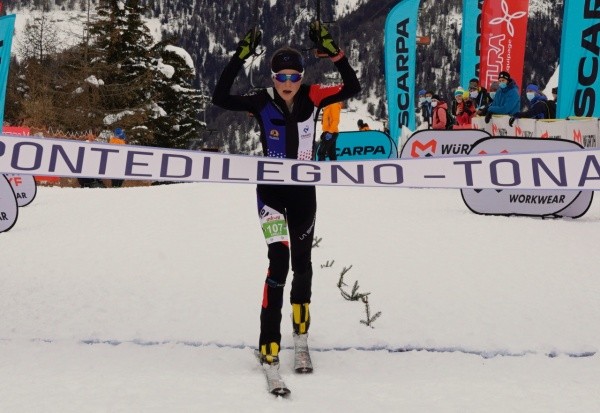 There was great expectation in particular for the men's challenge, about the physical training of the athletes of the 15 competing nations, in this particularly difficult season. At the end of the 2,509 meters of the track with a vertical drop of 680 meters, starting from Ponte di Legno and arriving at Corno d'Aola, the unexpected Federico Nicolini of the Brenta Team, who remained in the group of four athletes, triumphed after a tactical race in the first part and attacking in the final rush all Italians up to 800 meters from the finish, when he tried to fight for everything and for the incredulous opponents there was nothing to do.
Great victory for the Molvenese, who is thus a candidate to play a leading role in the World Cup, thanks to his first podium and above all to the first achievement, earned by stopping the clock on a time of 23'40 ". Second place for the Valtellina di Valfurva Robert Antonioli, who arrived with a delay of 9 seconds, then third the Vermillian of the Army Sports Center Davide Magnini at 14 seconds, who had tried to leave the others behind in the middle of the race, but was then sucked into the group. For him, however, this is a positive performance, considering that ten days ago he was blocked with a collarbone injury. Fourth position, at 26 seconds, for Michele Boscacci, then the winner of the Sprint race, the French Thibault Anselmet, and Alex Oberbacher from Alto Adige.

In the women's category, the French Axelle Gachet Mollaret managed forces and opponents, finishing victorious with a time of 28'56 "and 25 seconds ahead of the Swedish Tove Alexandersson, then the Swiss Victoria Kreuzer arrived at 44 seconds, not satisfied with her performance. Fourth place for the Italian Ilaria Veronese at 1'17".
As for the under-23 categories, which raced with the seniors, Andrea Prandi was closely marked by the Swiss Aurelien Gay, but managed to precede him by 10 seconds (thanks to the eighth time overall) and put his first victory in his pocket. seasonal. Third was Sebastien Guichardaz from Aosta at 17 seconds. 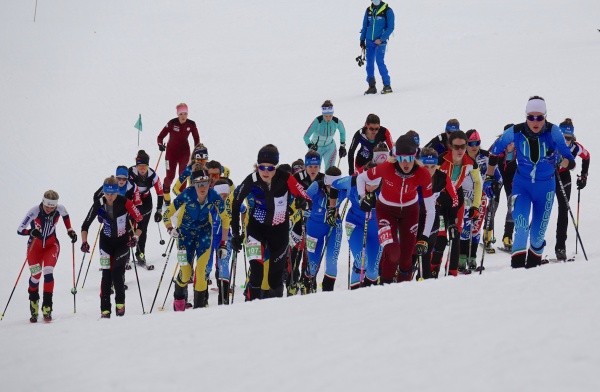 Same age athletes: another victory for Giulia Murada of the Army Sports Center, in front of the Fassana of the Brenta Team Giorgia Felicetti, author of an excellent performance, which saw her close just 10 seconds behind the winner. Bronze for the French Marie Pollet Villard. The success of the German rookie Antonia Niedermaier (born 2003) in the under 20 on a track reduced to 433 meters in altitude. She managed to precede Samantha Bertolina from Valtellina by 39 seconds, then by 1’05 " third place for Lisa Moreschini from Pejo. In the men's under 20s, on the same track as the tops, there was an all-foreign podium with the Austrian Paul Verbnjak, who was 10 seconds ahead of the Spaniard Albert Perez Angles, then by 36 seconds the Swiss Robin Bussard. First Italian Luca Tomasoni, sixth at 49 seconds.