Skialp World Cup in Pontedilegno - Tonale, second act and again Switzerland and France dominating the men and women respectively. In today's Vertical Race, starting from Pontedilegno and arriving in Corno D'Aola, the protagonists have changed, given that the Swiss Rémì Bonnet triumphed in the male and the transalpine Axelle Gachet Mollaret in the female, but not the flags of the winners.
Two challenges with a similar script, not only because the competition theater was identical in terms of verticality and the difference in height of 700 meters with 4,100 meters of development, but above all due to the fact that both the specialist Bonnet and the absolute World Cup holder and vertical Gachet have shown that they have a much higher pace than all their opponents, dominating from the first to the last meter. And it is the chronometric results that confirm this, since it took the Swiss only 23'33 "to finish his race, and the French 27'39". 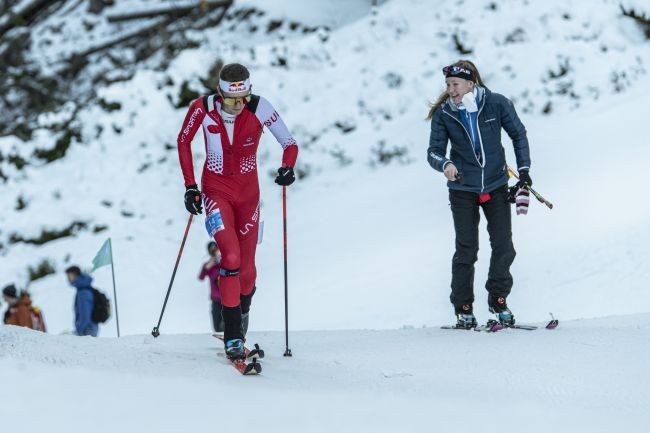 Second place for the other Swiss Werner Marti, with a delay of 27 seconds, then third the first of the Azzurri, or the Valtellinese from Albosaggia Michele Boscacci, back on the podium after the last dry season, with a delay of 35 seconds compared to to the winner. The men's ranking sees the French Xavier Gacher in fourth position, just 5 seconds behind the Italian, then the Spanish Coll Oriol Cardona at 58 seconds, the surprising Austrian Paul Verbnjak, sixth overall and first under 23 in the first season in the category, after having dominated twelve months ago among the under 20s. Only eighth the holder of the specialty cup Thibault Anselmet, Damiano Lenzi is tenth, ahead of a group of Italians not yet in top form: Robert Antonioli is 11th, the winner of the twelve-month race ago Federico Nicolini is 12th and the home athlete Davide Magnini is 13th.
The chronicle of the men's challenge is very concise: Rémi Bonnet attacked immediately and Michele Boscacci remained in his queue until he passed through Valbiolo. Then, on the last two ramps, the Swiss stretched again and the Italian paid the initial effort, having to give way on the last verticality also to the returning Werner Marti. 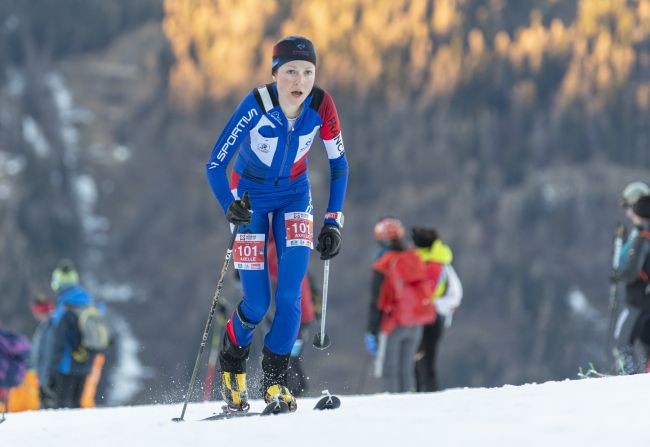 The female challenge is without history, where Axelle Gachet Mollaret proved her superiority, crossing the finish line alone with a 47 second advantage over the Swedish Tove Alexandersson, while on the third step of the podium came the Austrian Sarah Dreier, capable in the final of detach the Swiss Alessandra Schmnid. The first Italian was Alba De Silvestro from Veneto, Boscacci's partner in her life, who concluded with a delay of 1 minute and 6 seconds. Immediately behind the sprint winner Emily Harrop, then Giulia Murada from Valtellina seventh.
As for the under 23 ranking, the Austrian Paul Verbnjak excelled, ahead of the Swiss Aurelien Gay and the first blue, Matteo Sostizzo from Vicenza.
A lot of Italy instead on the podium for women in the espoir. On the top step is Samantha Bertolina from Valtellina, followed by Katia Mascherona from Bormina and French Perrine Gindre.
Switzerland also reigns supreme in the under 20 challenge, where the twin brothers Thomas and Robin Bussard competed for victory, finishing in the order separated by 33 seconds. Third place for the Frenchman Anselme Damevin, while the first of the Azzurri is sixth and it is Luca Tomasoni from Bergamo.
American affirmation, on the other hand, among the under 20s, who faced a reduced track of 410 meters in altitude. Thanks to Grace Staberg, able to close her own test in 17'58 ", preceding the two Swiss Caroline Ulrich and Thibe Deseyn. First blue was Manuela Pedrana from Bormina, fifth, then Noemi Junod from Valle d'Aosta was seventh.
Tomorrow day of rest with the official award ceremony of the sprint and vetical race races scheduled for 5 pm in Piazza XXVII Settembre in Pontedilegno, while on Sunday it will be the turn of the controlled designation of origin competition. The first individual challenge of the 2021/2022 Ismf World Cup will start at 9.30 am and with the competition venue Passo Paradiso and the Presena glacier.