The night of Ponte di Legno lit up to host an absolute first time for this location: the ski World Cup. A two-day international event organized by the Adamello Ski Team, which had the sprint challenge as its debut near the parterre of the Corno d'Aola slope, with 264 athletes from 15 nations competing. Qualifications, heats, semifinals and finals with Swiss athletes as absolute protagonists, trained by the Italian coach Oscar Angeloni, except for the most awaited challenge, the absolute male race, where the fastest and most tactical was the French athlete Thibault Anselmet. In the women's field, the success was announced for the World Cup holder Marianne Fatton, unstoppable from the moment of qualification. Gold medal in the women's under 20 for Caroline Ulrich and Spanish success in the men's field thanks to the explosive Martinez Ot Ferrer.

For Italy, however, a positive evening, thanks to the overall third place of the winner of the World Cup last edition Robert Antonioli, as well as the victory of Giulia Murada among the under 23s and the second place of Giovanni Rossi among the espoirs. In the under 20 categories, two second places go to Italy thanks to Rocco Baldini and Lisa Moreschini from Pejo.
A definitely spectacular prologue to the 2020-2021 World Cup and a track particularly suited to the sprint discipline, with significant verticality in the final stretch of the ascent with inversions and steps in the snow.
The fastest in the challenge were the French Celia Perillat Pessey and the Italian Nadir Maguet among the seniors, Lisa Moreschini and Rocco Baldini among the under 20s.
But in the finals the script changed, with challenges fought till the end. In the women's field, the favorite Marianne Fatton did not betray the expectations, managing to precede the Spanish Marta Garcia Farres and the French Lena Bonnel at the finish line. Arrival at the photo finish then between the Italians Mara Martini (fourth place) and Giulia Murada, who was the first under 23. 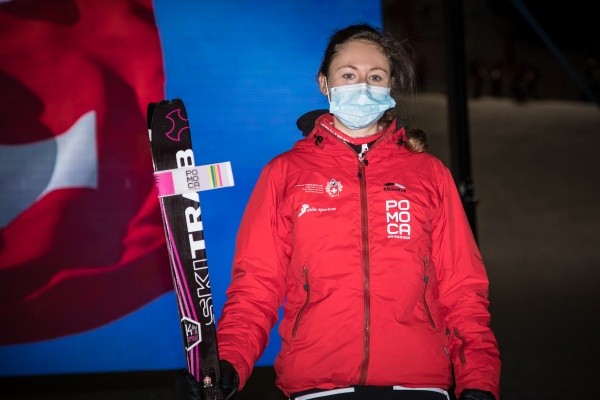 In the men's field, after dominating his own semifinal, the French athlete Thibault Anselmet balanced his energy and launched the decisive attack on the steps, leaving back the Swiss Arno Lietha and the more detached Robert Antonioli from Valtellina. Too bad for the specialist Nicolò Canclini, who broke a stick at the start, losing precious seconds. He then recovered by finishing fourth. Fifth Maguet, sixth Giovanni Rossi.
The rankings of the under 23 category, as per regulations, have been extrapolated from the absolute senior. In the women's field first place for Giulia Murada from Albosaggia, ahead of the French Marie Pollet Villard and Manon Anselmet, with the Fassana Giorgia Felicetti fourth, then among the males first place for the Swiss Arno Lietha, on the Italian Giovanni Rossi who was called back in a hurry to the gate of the final after the disqualification of the Spaniard Oriol Cardona, then third place for the Swiss Patrick Perreten. 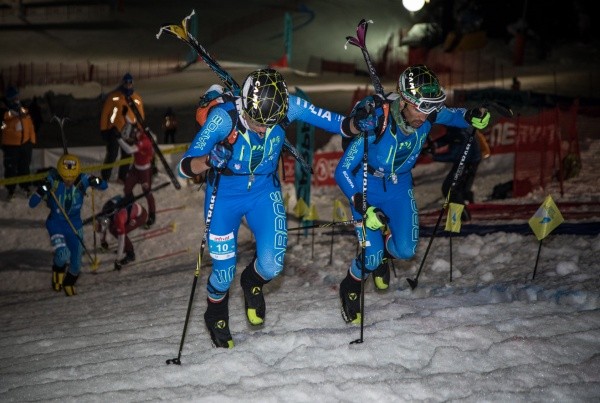 The women's under 20 final was then won by the Swiss Caroline Ulrich, second place for Lisa Moreschini, third place to the Spanish Maria Costa Diez and fourth Samantha Bertolina. In the men's field, Martinez Ot Ferrer test of strength, on Rocco Baldini and on the transalpine Remy Garcin.
Tomorrow morning the second act of the two-days World Cup in the Pontedilegno - Tonale area with the vertical race challenge. At 10 am the under 20 female category will start in Valbione (1500 meters above sea level), followed by the under 20 male from Ponte di Legno (1250 meters) at 10.15, at 11 the senior and under 23 female, and then the senior and under 23 men at 11.30, with arrival for all three categories at 1933 meters at Corno d'Aola.